This Is NOT a Safari Dress!

The photograph is very nice. The description, however, as a "classic safari dress", is absurd. From the article entitled, "11 New Classic Spring Wardrobe Additions" in Real Simple, (March 2008)
It might be a nice night-shirt, but it is certainly not a classic anything, much less a safari dress.

No one in his/her right mind would go "on safari" in something so skimpy, short, and without a collar or sleeves! Unless he/she wanted to be devoured by mosquitoes. And why bother with Wellingtons in this case? Why not go all the way and wear Crocs? Oh, by the way: Crocs will give you a rash, as will any plastic shoe. And never wear Hunter Wellingtons without socks! By the way, Hunter is the brand of Wellingtons made in Scotland. Beware of situations in which your Wellingtons could be punctured. I've had my latest pair for fifteen years. They are great for working in the garden and for mucking-out stables.

The idea on safari, as I wrote last summer, is to keep one's skin covered from the elements.

Now, THIS IS a safari dress: 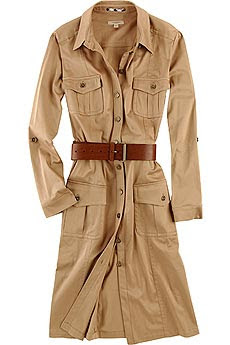 When I manage to locate one like this, I'll let you know!


Advice for summer: wearing fewer clothes--exposing more skin--will not necessarily keep you cooler. You ought to dress to prevent the elements from getting to your skin. Loosely woven fabrics such as linen, and breathable ones like silk, can keep you cool and protect you from sun and insects. You'll never see anyone (except maybe the odd American tourist) walking out in the desert nearly naked.
Copyright Countess Jeanne 2007

This lame design has one nod to practicality, and that's some sort of marsupial pockets (the designers are from Australia, I think). Again not classic! Following the "next" button on the photo show linked up above, I found yet another non-"classic" outrage--something that simply cannot be worn to work, contrary to what the copy below it claims....

There is, before the faux safari dress, as wardrobe additon number 8: a long, white skirt with a normal waist--which, after the distortions of the low-waist is erroneously labeled "higher than the natural waist" . It's a nice item by Club Monaco, but the photo in the magazine on close inspection shows the waist slightly lower than described, with a belt. I've just looked at Club Monaco's website. Almost everything there has a low waist, so in their distorted world, a regular waist would seem high. I notice the old "paper bag" look there, with its belt below the fabric's waistline, a gimmick straight out of the late eighties. And then, the sleeveless trench-dress, for which anyone who needs a brassiere must wear a strapless affair.

Clothes have been distorting the female figure ever since the return of the low waist and capri pants. And men tell me they can't stand bony anorexic women--a monster that fashion has created. No wonder there is such a market for male drugs. You know, the sort of vile garbage that unscrupulous vendors advertise by spamming your mailbox.

P.S.--here is a really practical safari dress from Cabela's, at a very low price. It comes closer to the "classic", though I would rather it had a normal waist and a fuller, longer skirt. UPDATE: the Cabela's Safari Dress needs its belt-loops raised two inches, so that the idiotic low-waist, which is so unflattering and purposeless on their otherwise perfect dress, is corrected. What a shame that the designers are still following a style that makes fashion victims out of women and disfigures them. So, if you order this dress, you can remove and raise the belt-loops, or wear it without a belt--but who wants empty, wide belt loops at the hip?
UPDATE on Cabela's Safari Dress: I had my belt loops raised an inch and a half, after being measured by the tailor. The safari dress now hangs properly. The process cost $15.00.

What shoes would one wear with a real safari dress or skirt/shirt ensemble? Considering what I've said up above about the nature of safari dressing, stout shoes with knee-socks would be ideal. There are some very attractive shoes and low boots made for the purpose. After all, no woman who is actually in the outback, the savannah or in the woods ought to be teetering about in the latest spike-heeled, peep-toe pumps, unless she wants to serve as some famished lionesse's hors d'ouevre.

Update: J. Peterman Co. has an elegant, long safari dress. Beware, though, as it is cut small. Their size 16 is equivalent to a size 12.

"When Words Have No Meaning"
That's the title of the email my husband sent me from his computer in the other room.

Here's what he said:

"This actress is being lauded for wearing 'high-waisted' trousers: this is what now passes for a proper waist, and while I concede that it is better than the blubber-inducing-hip-hugger-from-hell craze, these trousers are at best riding on what used to be considered the hips. And you have railed against the low-waist epidemic for years!"

M-J's reply: "They really ought to stay off the hallucinogenic drugs over at OMG."
at July 30, 2008 Links to this post

Noise can drive you out of your mind, or at least raise your blood pressure. AEG Electrolux, the innovative yet old and venerable Swedish appliance company has a campaign to create noise-pollution awareness, together with an electronic sign company called, ironically, "Blow-Up". 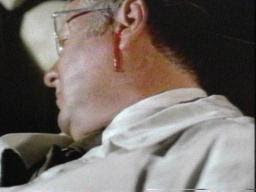 I remember reading in Dagens Nyheter in the year 2000, about women who worked at nursery schools in Sweden being driven mad by the noise of many children at once screaming and shouting all day long. They had nightmares, and many other horrible symptoms, both physical and mental. Imagine the impact such a situation has on little children! I pity them, and consider myself fortunate to never have had to suffer pre-school or nursery school, where the very young child is forced to vie for attention among a great throng of others. It must be conducive to terrors and frustrations, and cause them to scream. Neighbours with barking dogs at all hours of the night are causing those around them to lose sleep, which can lead to the loss of jobs and can harm relationships because of its effect on the nerves. Booming car stereos that resemble thunder, or, even worse, replicate the sounds of bombing and earthquakes can terrify the calmest of adults. Noise pollution has many forms; some can be ameliorated, and some cannot. Electrolux is making quiet appliances, and that's important to city apartment living. We should all strive to make life serene by keeping our environment quieter, if possible. Peace begins with us.

Noise Pollution Kills
at July 30, 2008 Links to this post 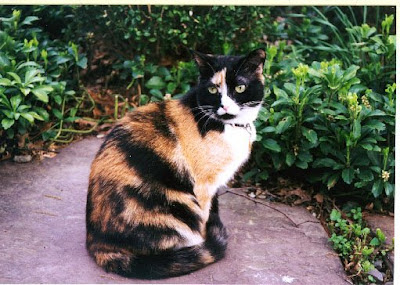 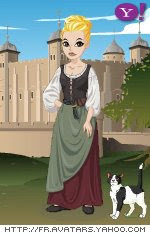 American Humane on Why Cats are Great Pets

A twenty-pound bag of Purina Cat food costs around $15.00 at Sam's Club, and will feed one cat for six months or more.

Cat litter may be bought in bulk, packaged in reusable plastic storage-buckets.

Cats naturally repel mice from your home. They are cleanliness-loving creatures who like to clean up after themselves, and resist things that are dirty, unlike dogs.

Cats can be left alone in your dwelling for days at a time, provided with dry food and water dispensers (they emit the food or water gradually from a plastic storage bin), and a couple of cat-boxes. Technological geniuses have developed litter-boxes that are self-cleaning.

Cats will sleep most of the time while you aren't home, and will amuse themselves for a few minutes a day to get their exercise. 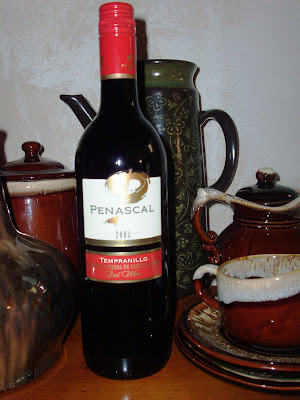 Photo copyright M-J de Mesterton 2008--click image for close-up.
Penascal Tempranillo Red Wine, 2005
Wine of Spain
Usually available in the U.S. for 5.99 per bottle. Tempranillo is the emblematic Spanish grape, and these are grown in the Castillo y León region of northern Spain. Hints of cherry, blackberry, and strong minerality combined with spicy leather and pepper notes make this a full-bodied red wine, yet it is not heavy on the palate. Its tannins are smooth, with a hint of oak. In 2005 and 2006, we served Penascal Tempranillo Red Wine 2003. It was always popular with our guests, and so is Penascal Tempranillo 2005. With the price of nearly everything going up, you need to have a good wine (and a good whine), at a low price. A good, low-priced wine from Spain comes in handy when you are hosting a party and need to purchase a case.
at July 29, 2008 Links to this post

Photo by Richard Avedon
Happy 91st Birthday to Phyllis Diller,
one of the funniest women of all time!